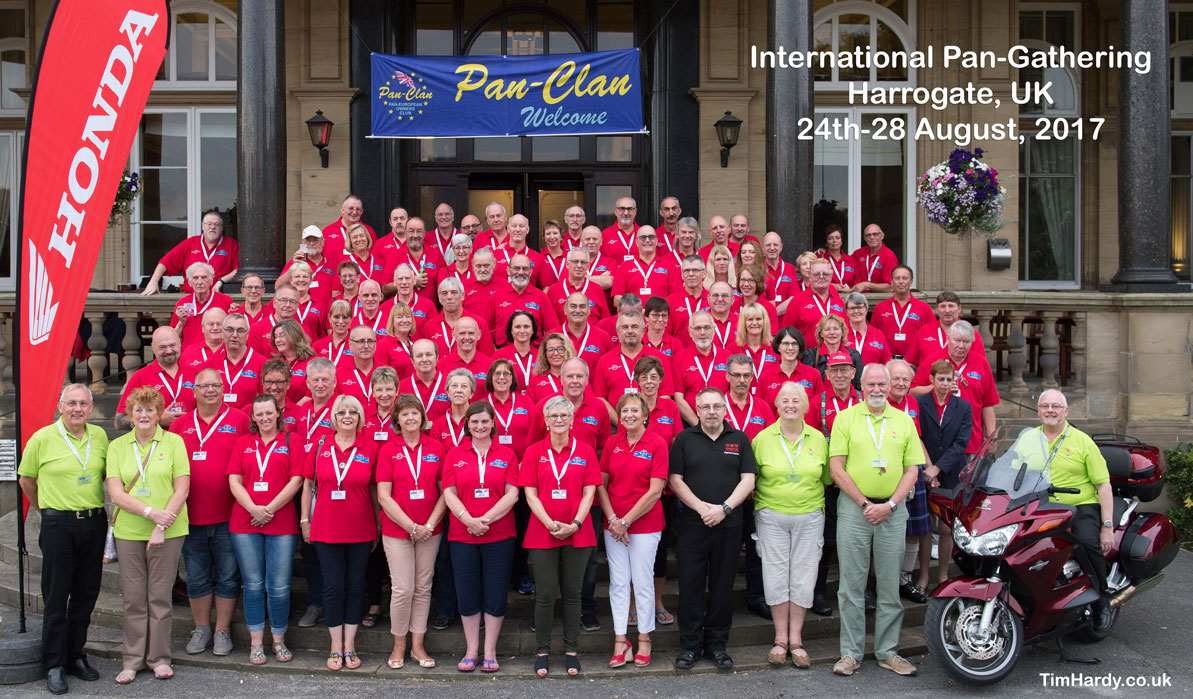 In 1997, eight years after Honda launched the ST1100 Pan-European, a "rally" was held in Bristol, UK, which Pan-European owners from around Europe attended. The next year (1998) a similar event was held in Florence, Italy. From there the event blossomed and grew and moved around Europe, initially back to the UK (Aviemore, 1999). The full list of venues is shown above.

In 2017 we celebrate the 20th Anniversary by hosting the 21st running of the International Pan-Gathering, again to be held in the UK, but this time in Harrogate, Yorkshire.

The Gathering banner is handed over at the end of the event. 2018 the event was in Norway. 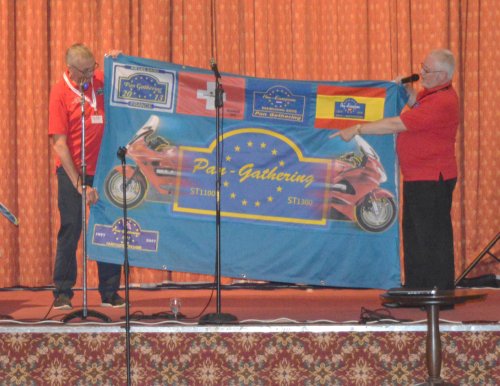